The presence of Ishikawa, Guthrie and Wakamatsu in the 2014 World Series honors to the legacy of all Japanese American ballplayers, not just the all-stars featured in this rare footage. Many had the tools and passion to play the game at the highest level, but never received the opportunity. Instead they played in leagues of their own and became America's baseball ambassadors across the Pacific.


To learn more about the legacy of Japanese American baseball, visit www.NiseiBaseball.com or join our Facebook community at www.facebook.com/niseibaseball.

Alan Ishikawa, the father of Travis Ishikawa who hit a historic home run in the ninth inning to secure a spot in the 2014 World Series for the SF Giants, must be one proud papa.

We know a little bit about the Alan and the Ishikawa family from a 2009 blog post by the SF Giants:

Ishikawa is half Japanese on his father’s side. His great-grandparents came over from Japan to work on the railroads and settled in Chicago. During World War II, his grandparents were imprisoned in an internment camp in Colorado. They now are in their 90s and living in Southern California – where decades ago they owned and worked farmland before the freeways came through. Travis has never asked his grandparents about the internment camp.

“They never give you an opening to talk about it,” he says. “My father has never talked about it. I think it’s a cultural thing. There are some things you just don’t talk about.”

Travis never even knew his father had played much baseball until he was going through some old boxes in the attic. In one dusty box were newspaper clippings of Alan Ishikawa throwing a no-hitter and a one-hitter in high school.

Alan Ishikawa, a controller for a chain of Washington supermarkets, is 5 feet 8. His son is 6-3. Obviously, Travis didn’t get his size from his dad. But his paternal bloodlines seem to have passed down strength and resilience from the railroads and farms, and more than a little bit of baseball talent.

In that “dusty box of newspaper clippings” known as the world wide web, I was able to learn a little about Alan Ishikawa’s baseball past. Knowing that the Ishikawa grandparents resided in SoCal/Los Angeles after the war, I searched for Alan Ishikawa on Ancestry.com and found him in the 1970 Compton High School yearbook. I think you might be able to identify Ishikawa in the team photo. Even though he’s only 5’8”, he stands out from his teammates (... just a bit). 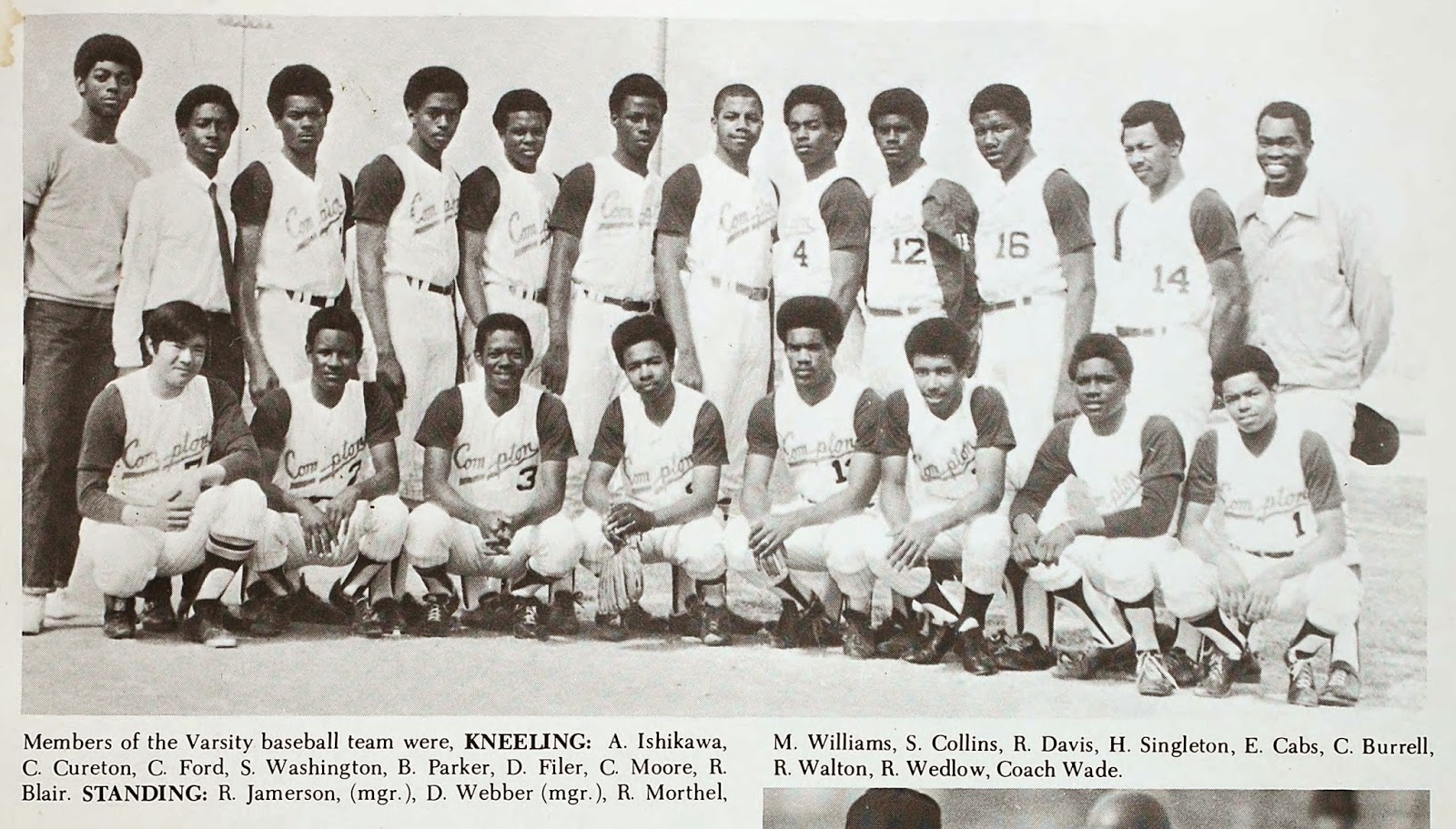 As the only Asian-American ballplayer on all African-American team, I suspect that he has some interesting stories to share about that experience. Based on the list of players below, it appears that three of Alan’s teammates went on to play pro baseball:

Some noteworthy observations: Davis played several years in Japan, and -- just in time for the 2014 World Series -- Walton was born in Kansas City in 1952 and drafted by the San Francisco Giants in 1972.

Below are pages 169 and 170 of the Compton High School yearbook featuring all members of the 1970 varsity baseball team. 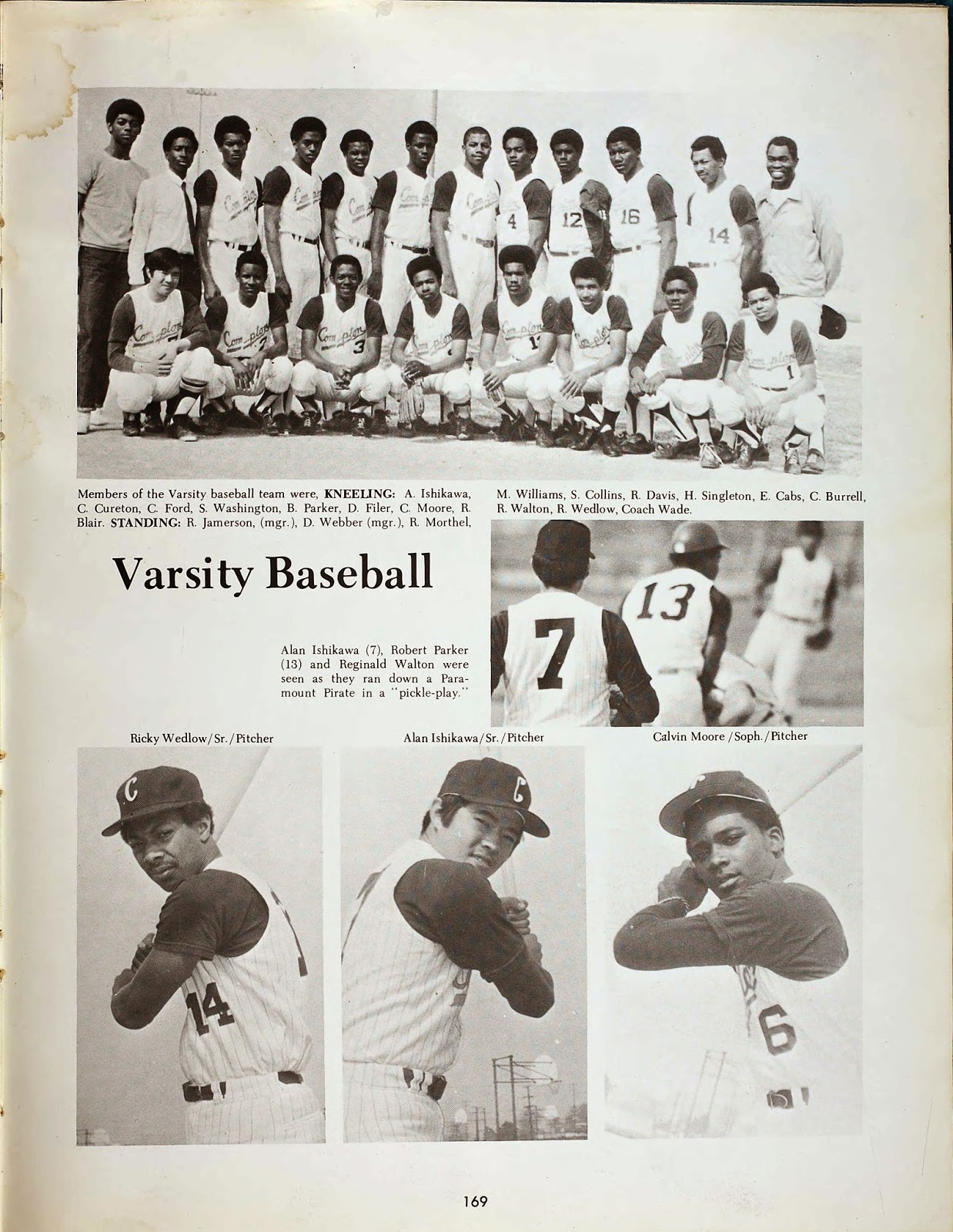 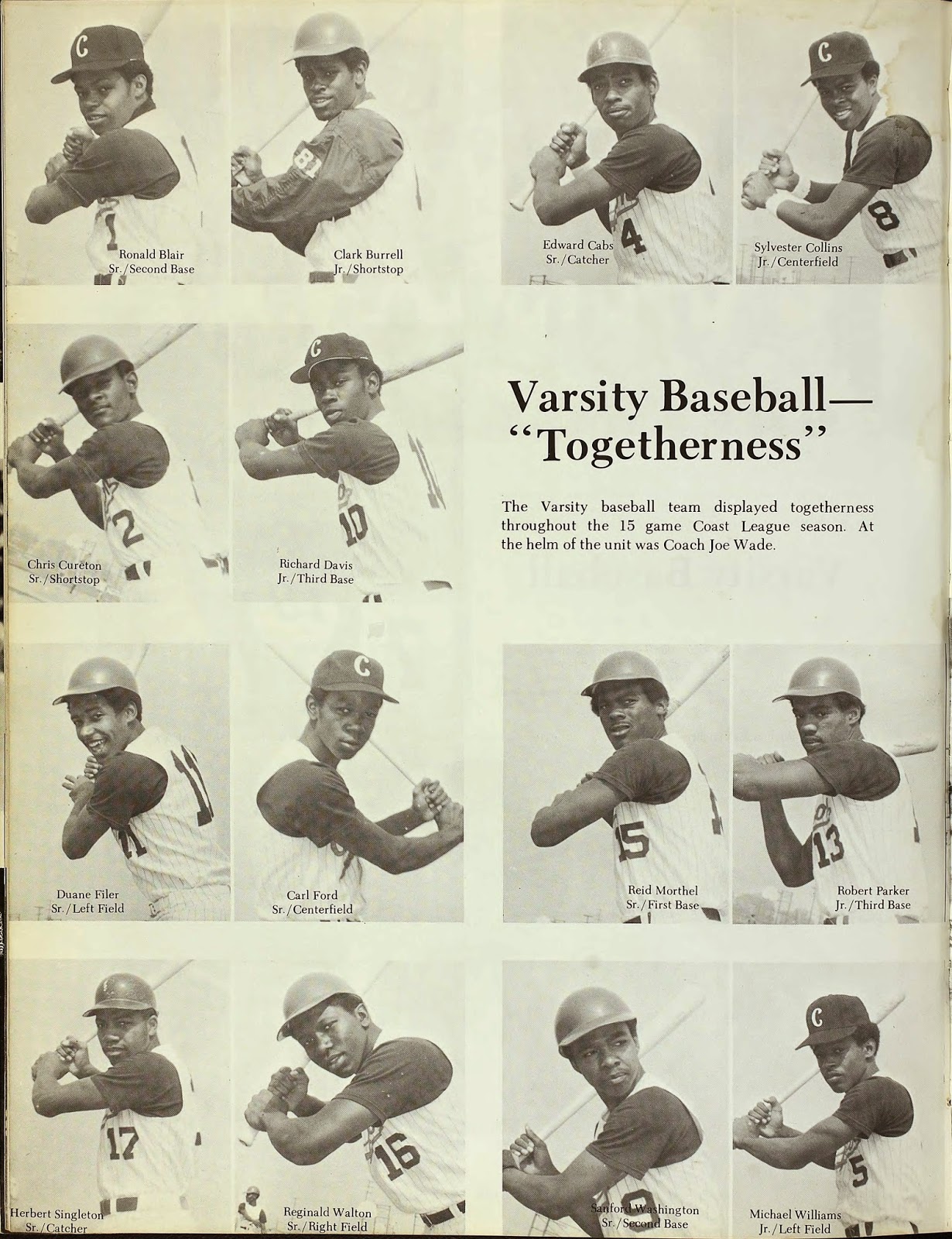 While I am happy for Travis Ishikawa for his accomplishments and helping the Giants make it to the 2014 World Series, I'm intrigued by the life perspective that his father Alan Ishikawa must have right now … yesterday (figuratively speaking) his parents were incarcerated by the U.S. government in a camp in Colorado ... and today his son is a hero in the national pastime. Only in America!

Stay tuned …Travis mentioned in the 2009 blog that little is known about his grandparents’ WWII camp experience. Next I’ll check Ancestry.com archives and see what I can find on the Ishikawas at the Granada Incarceration Camp (aka Amache) in Colorado.