CHANDLER, AZ (June 1, 2014) – The Zenimura.com Lightning Bolts were crowned champions of the Chandler Girls Softball League 10U Division with a 7 to 1 victory over the Delta Diversified Black Widows on Saturday, May 31 at Folley Park.

Pitcher Alison dominated with 14 strikeouts in the Lightning Bolts win. She allowed one earned run, three hits and one walk over five innings.

The Bolts piled on three more runs in the top of the third. A single by Kyndra ignited the offense, scoring Liberty. That was followed up by Tristin's single, scoring Jaila.

The Lightning Bolts pushed across one run in both the fourth inning and the fifth. In the fourth, they scored on an RBI double by Lily, scoring Bella. In the fifth, Kyndra’s single was followed by a line drive to centerfield by Tristin, driving in the final run of the day.

The Bolts' triple threat of Alison, Kyndra and Tristin combined for eight hits and four RBIs to help secure the championship crown. 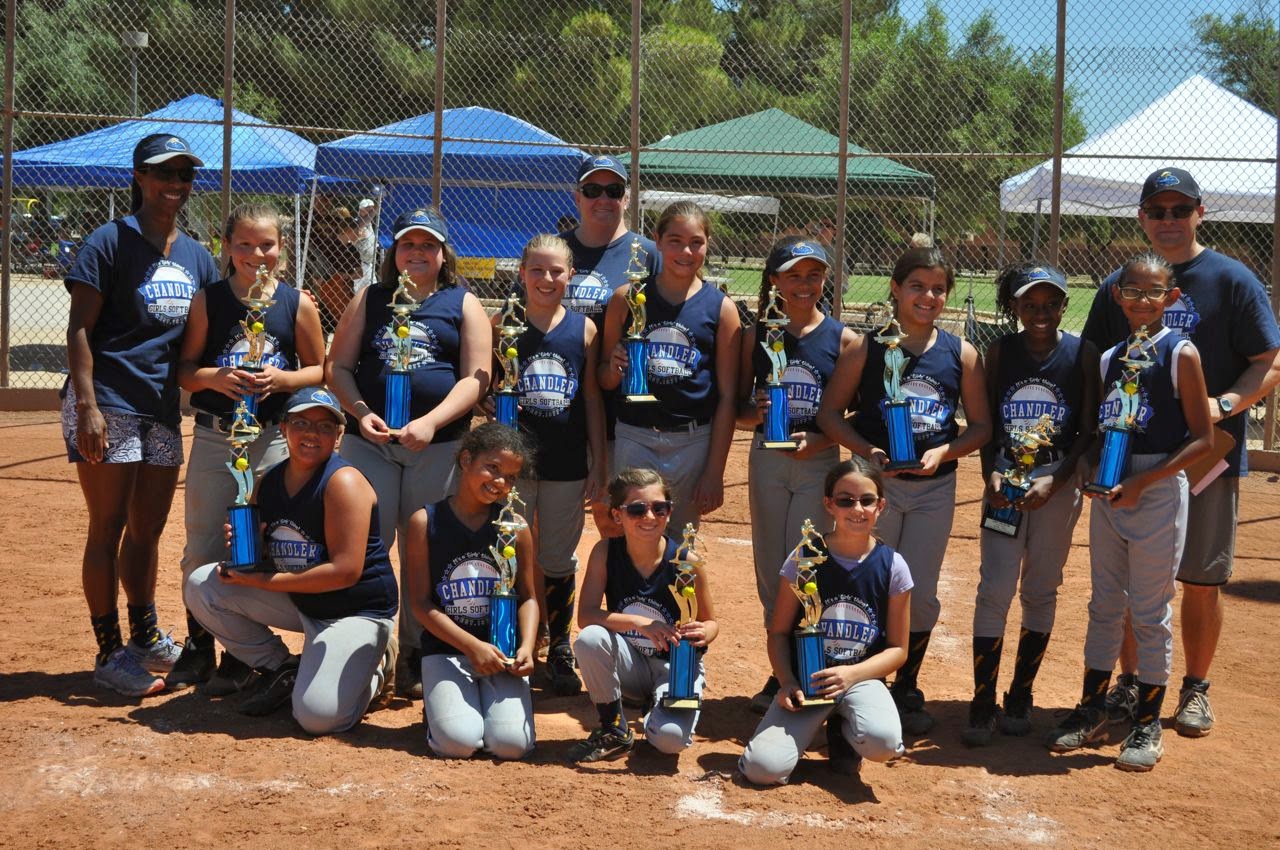 A SEASON TO REMEMBER
The Lightning Bolts finished their season with a 15-1 record, with one loss coming at the hands of the Black Widows in a close 4-3 battle early in the season.

Over the course of the 16-game clip the Bolts outscored their opponents by an impressive 186 to 22 runs. Offensively, the Lightning Bolts were unstoppable with a team batting average of .467 and a .618 on-base percentage.

On the mound, Alison finished with a 14-1 record, including one save. In 75 innings pitched, she compiled a 0.72 earned run average, 195 strikeouts and allowed just 9 walks. With the support of a solid defense behind her, she also threw three no-hitters and one perfect game during the season.