CHANDLER, AZ (May 30, 2014) – The Zenimura.com Lightning Bolts clinched a thrilling 4-3 victory over the Uncle Bears Lil' Devils on Friday at Folley Park.

Alison's 18 strikeouts were enough to push the Lightning Bolts past the Lil' Devils. She allowed one earned run, three hits and one walk over six innings.

The Bolts jumped out to an early 2-0 lead in the bottom of the first. A single by Tristin, scoring Sage started the inning off. The Lightning Bolts then tacked on more runs when Tristin scored on an RBI single by Alison.

The game was tied 3 to 3 in the fifth inning when Shannon delivered the game winning hit. With two outs and Lily on third base, Shannon drove a 2-2 pitch down the right field line for a double, and driving home the game-winning run.

Alison returned to the mound with a 4-3 lead and shut down the side in the bottom of the fifth with three strikeouts to secure the victory and move on to the 10U league championship. 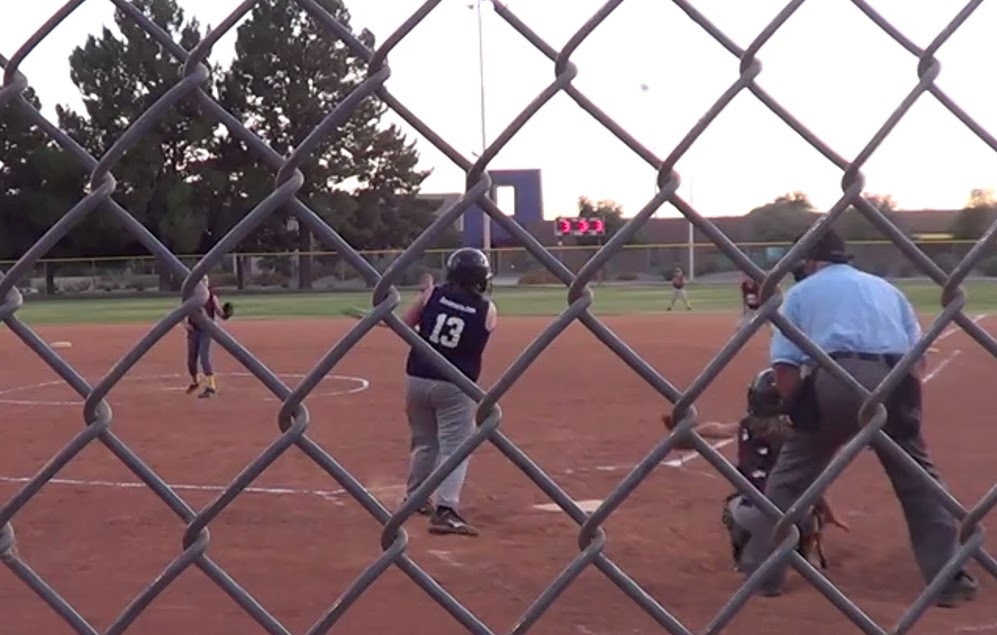 "Powered by Narrative Science and GameChanger Media. Copyright 2014. All rights reserved." Any reuse or republication of this story must include the preceding attribution.
at May 30, 2014

CHANDLER, AZ (May 27, 2014) – Alison was strong at the plate and on the rubber in carrying the Zenimura.com Lightning Bolts to a 10-3 victory over All About Orange Crush on Tuesday at Folley Park.

Alison went a perfect 2-2 at the plate for the Lightning Bolts. She homered in the third inning and singled in the fifth inning.

The Lightning Bolts got the win thanks in large part to Alison's dominant, 11-strikeout performance. Alison allowed two earned runs, seven hits and one walk over five innings.

Six runs in the opening three innings allowed the Lightning Bolts to easily put away the Orange Crush. A two-run triple by Shannon and a groundout by Jaila in the second inning fueled the Bolts' offense early.

The Bolts added three more runs in the top of the fifth. Bella kicked things off with a two-run home run, scoring Alison. That was followed up by Lily's solo blast.

"Powered by Narrative Science and GameChanger Media. Copyright 2014. All rights reserved." Any reuse or republication of this story must include the preceding attribution.
at May 27, 2014 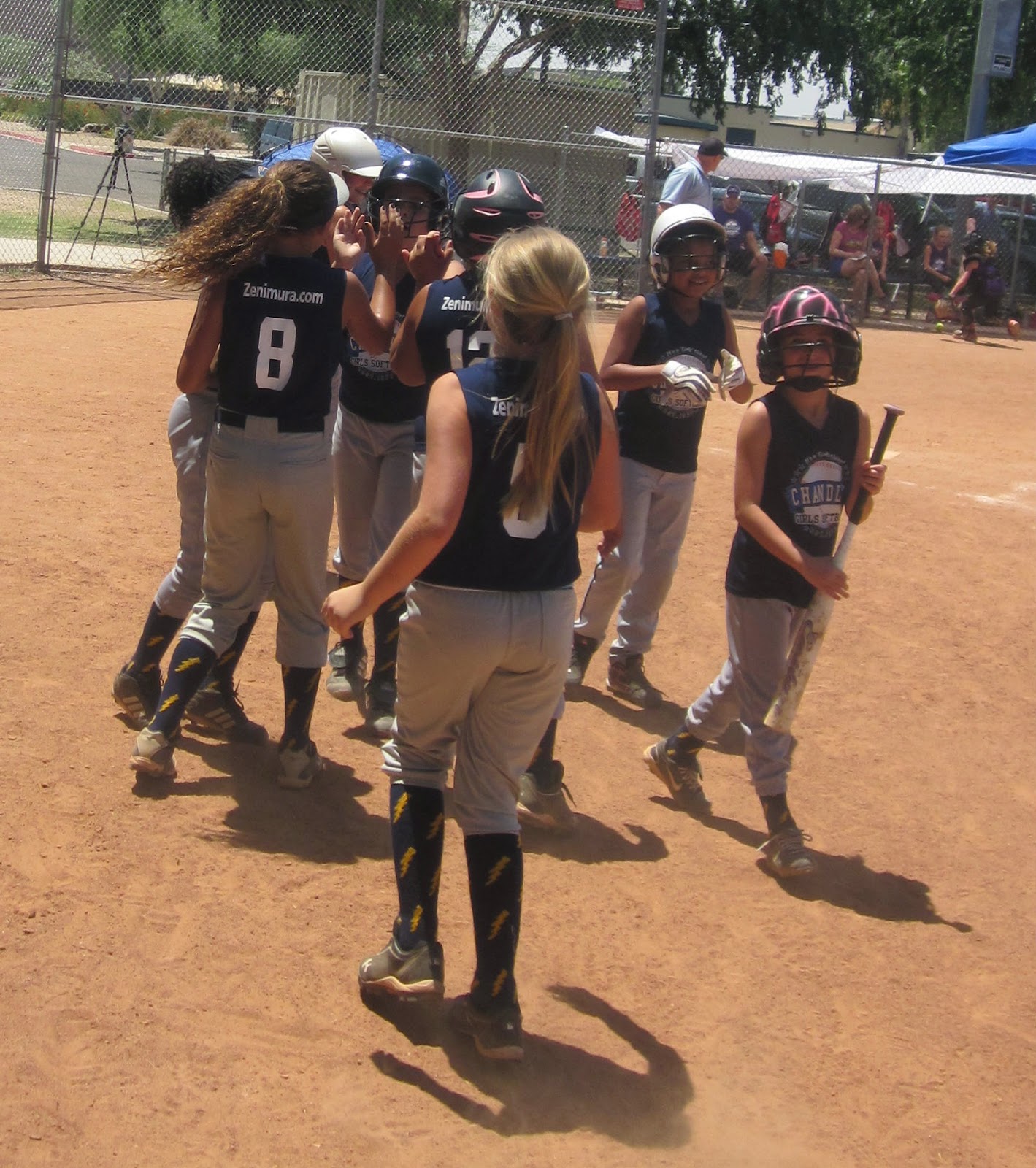 In a reception held at the Musical Instrument Museum (MIM) in Phoenix on Wednesday night, the AMA Phoenix chapter named the NBRP the winner of the Top Multicultural, Integrated Marketing Campaign, for the 2013 event "Honoring the Legacy of Japanese American Baseball."

Campaign Overview
Thursday, March 7, 2013, marked the 70th Anniversary of the historic Zenimura Field, and thus the official start of organized baseball played behind barbed wire at the Gila River Japanese American Internment Camp in Arizona during WWII (March 7, 1943). Baseball in the camps gave the 13,000 internees at Gila River a sense of normalcy, hope and made life bearable during this dark chapter in U.S. history.

The NBRP was founded in 1996 to preserve the history of Japanese American baseball though education (events, curriculum development, media, etc.). The Arizona division of the NBRP proposed a partnership with the Oakland A’s during a 2013 Cactus League Sprint Training game to commemorate this once in a lifetime anniversary, honor the legacy of Japanese American baseball, and educate the public about this little-known chapter of our shared history. 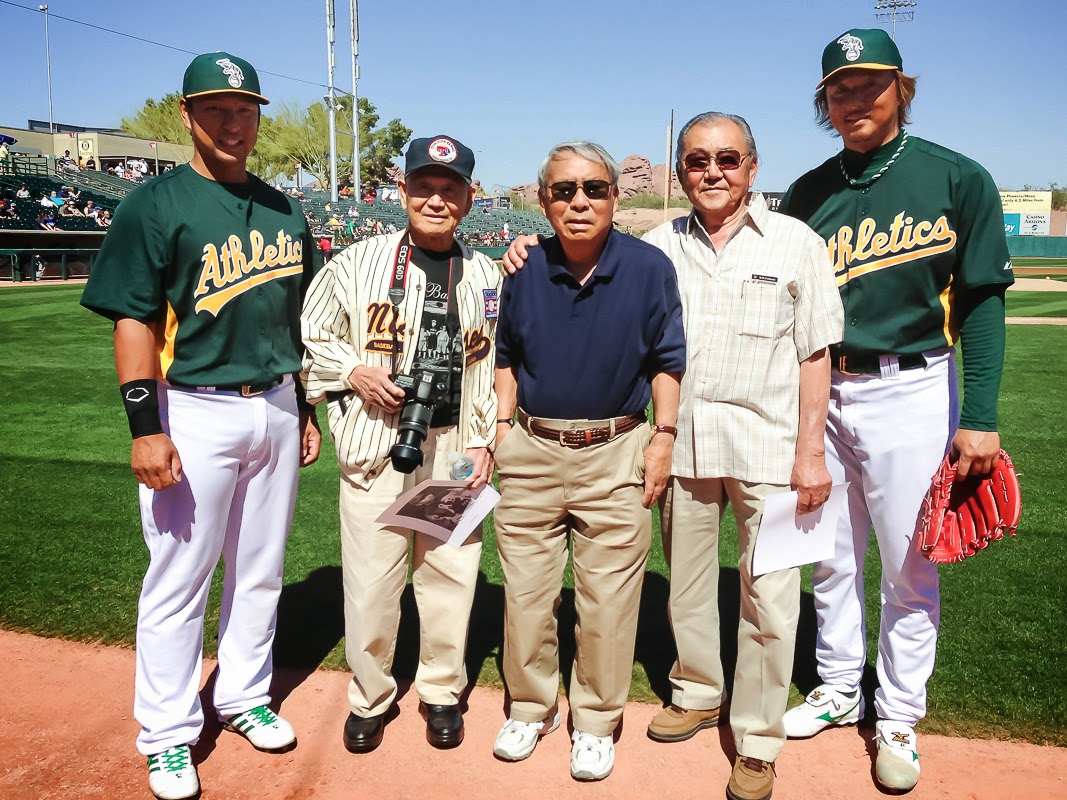 The NBRP reached out to the A’s because the team is known as a league innovator, they had supported the Japanese American community in the Bay area in the past, have several players on their roster from Japan, plus their game date and location at Phoenix Municipal Stadium marked the closest MLB site to the historic internment camp ball field, located approximately 45 miles south of Phoenix.

The attendance at the ballgame itself was roughly 5,000 people. However, through the power of social media and earned media, the message from this one day celebration for Zenimura Field and Japanese American Baseball reached an estimated 1.5 million people around the globe. 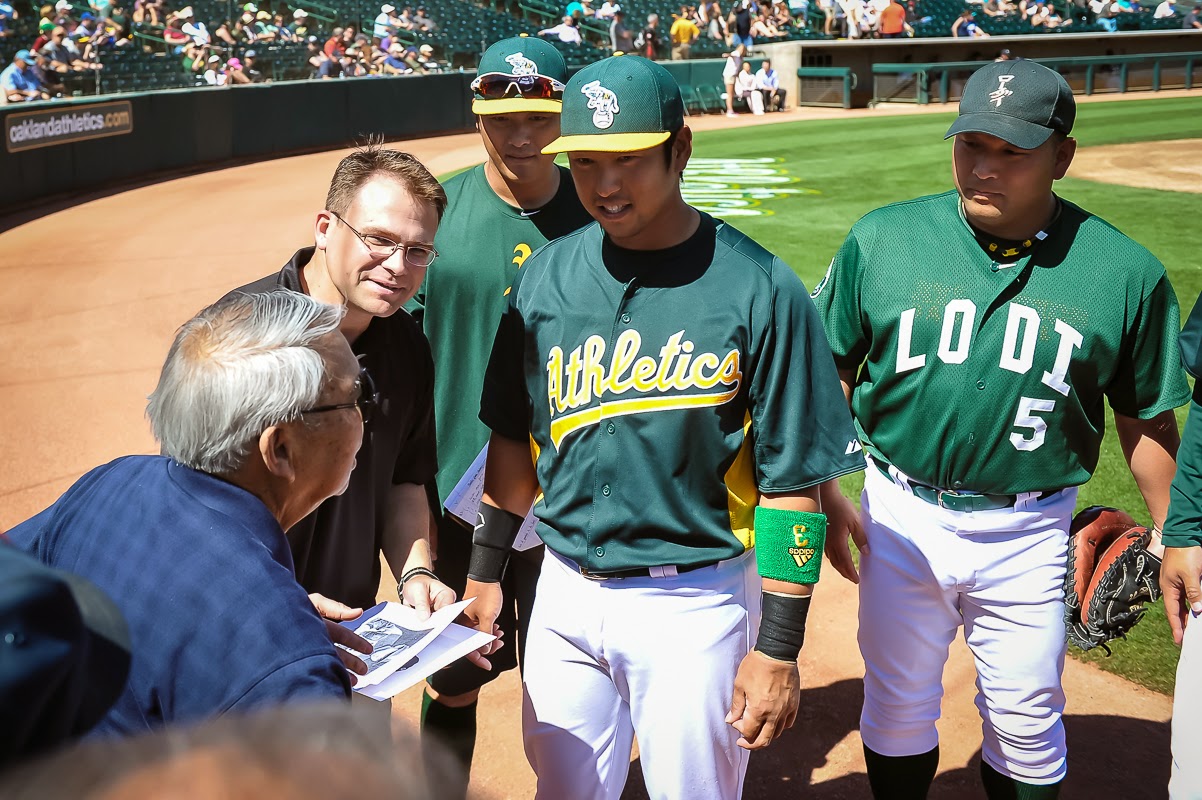 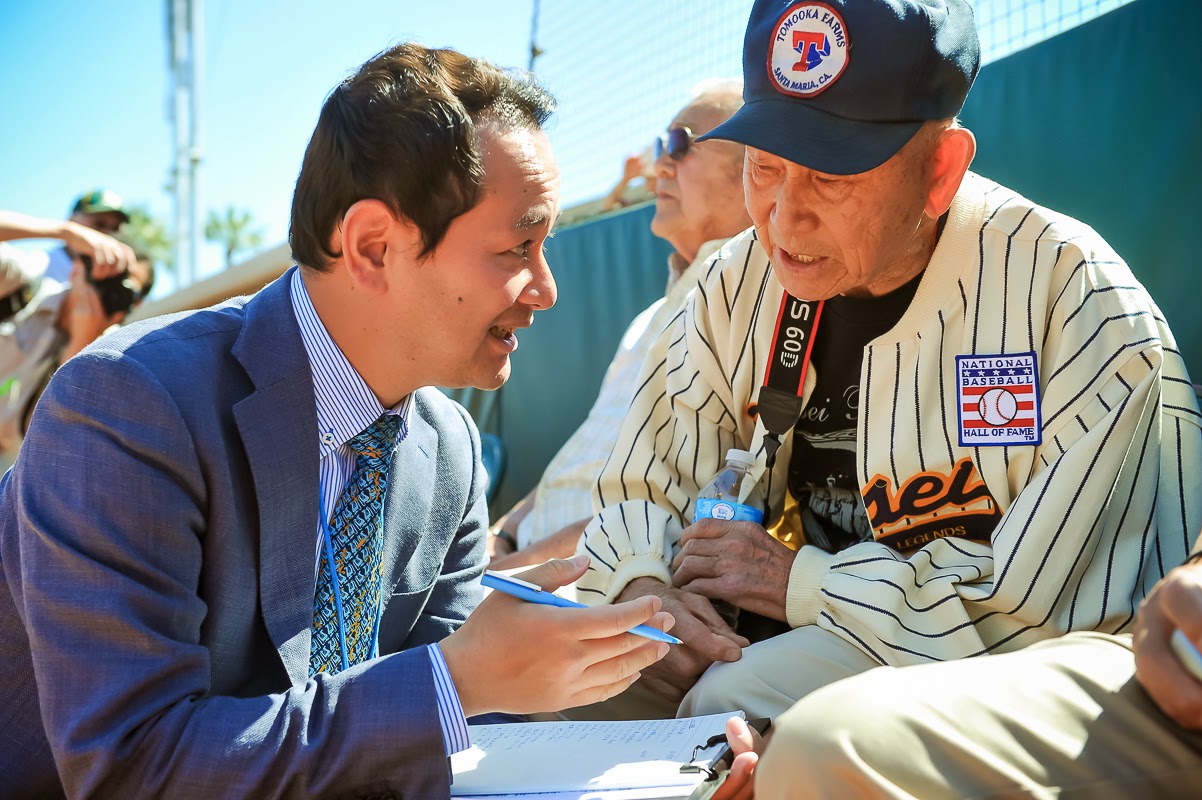 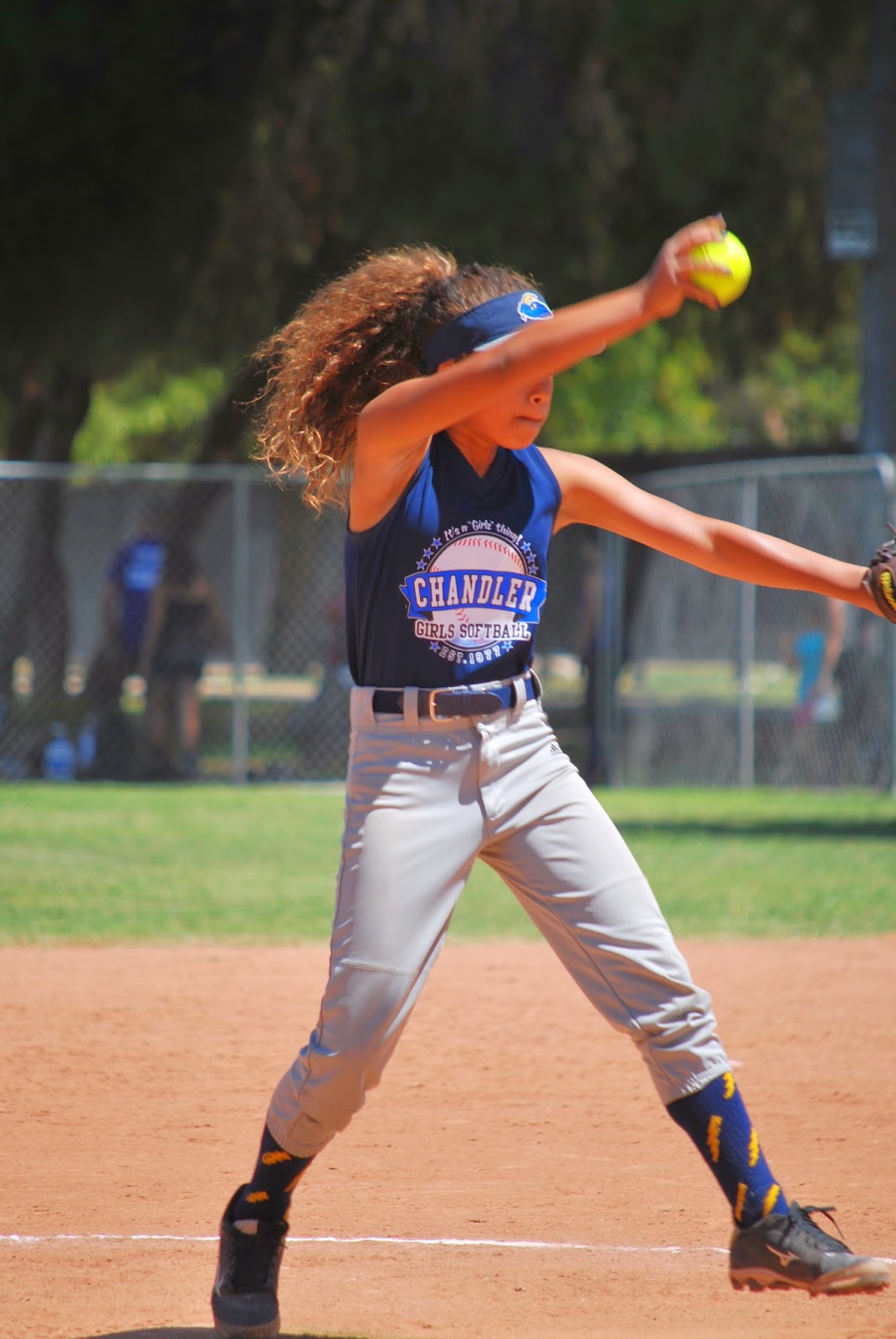 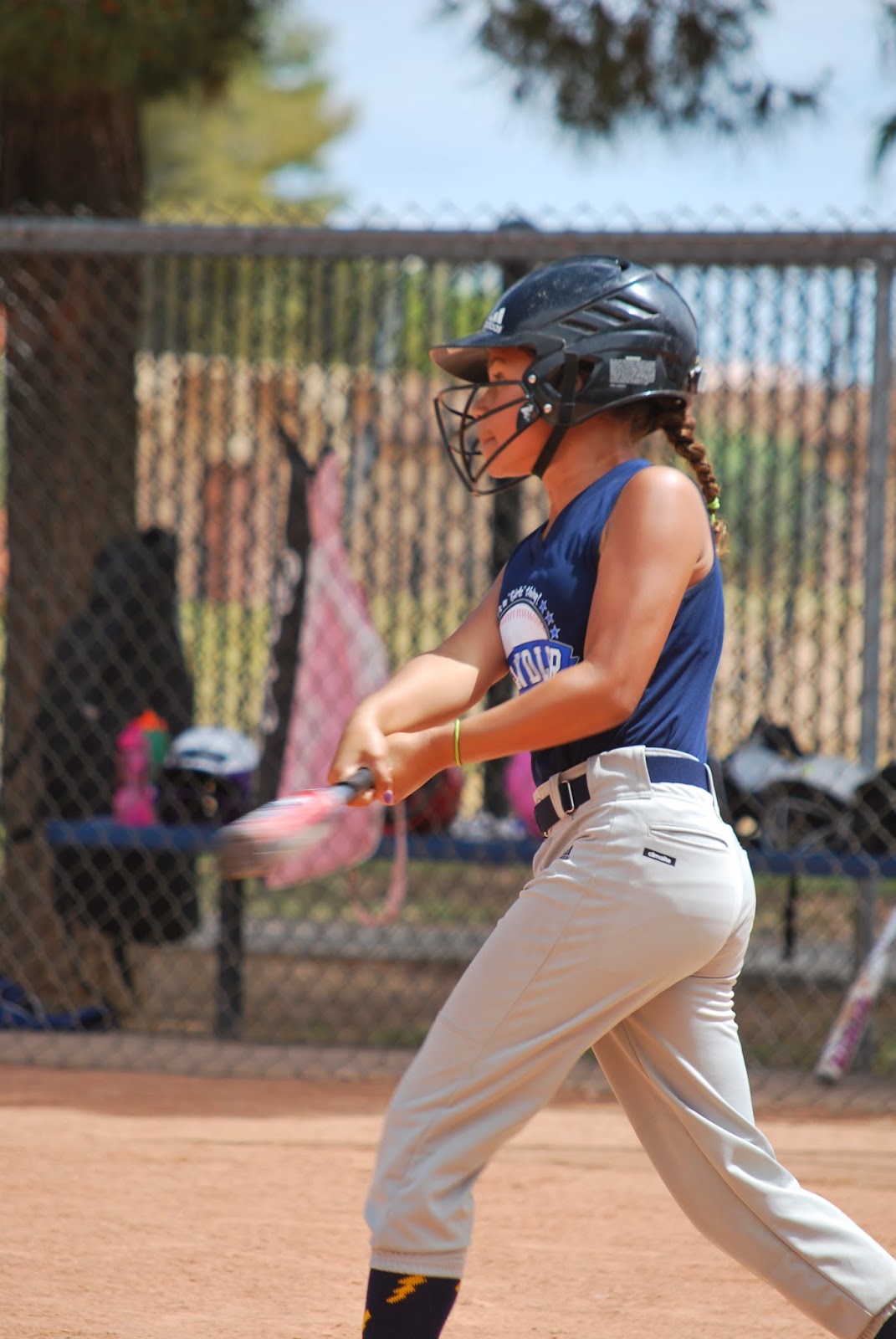