I recently attended the 50th national convention of the Japanese American Citizens League (JACL) in Salt Lake City, Utah, and served as a voting delegate representing the JACL Arizona chapter. I voted for Resolution #3, the formal apology from the JACL for the Tule Lake resisters. Here is a link to the historic resolution #3 that passed during the convention:

And below is the baseball-related statement I prepared to share during the debate. Unfortunately, I did not get a chance to share it. Instead, I felt a greater sense of urgency to use my time at the microphone to counter the argument delivered by Secretary Norman Mineta, who encouraged to delegation to vote against the resolution. He was against the formal apology because he felt it dishonored those Japanese Americans who served in the armed forces during WWII. While I respect Mineta, I disagreed with his position (I would later learn that so did the majority of voting delegates in the room.) 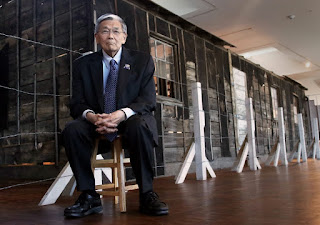 In addition to my role with the JACL, I also serve on the board of directors for the Nisei Baseball Research Project, a non-profit organization founded to preserve the history of Japanese American baseball. We teach the lessons of war-time incarceration through the prism of our national pastime.

In that spirit, I want to share a few words that shine a different light on those incarcerated at Tule Lake. I think it is important to share for the official convention record, and for the youth members here today, who may not know these stories.

Kenichi Zenimura, the man now recognized as "The Father of Japanese American Baseball," built a beautiful ball field at Gila River, AZ, and he formed leagues that gave everyone behind barbed wire a sense of hope and normalcy.

Unfortunately, their lives and leagues were disrupted when the loyalty questionnaire was issued in late 1943.

Among the players was Guadalupe YMBA first baseman James Tomooka, who answered no on the questionnaire so that he could stay with his aging and ill Issei parents, who were denied the right to become U.S. citizens. 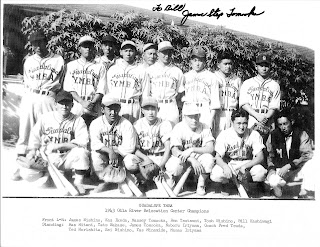 And Guadalupe YMBA shortstop Masao Iriyama, answered no on the questionnaire because his brother was still living in Japan, and the last thing his mother wanted was for her two boys to meet up on the field of battle.

Before the No-No players were sent to Tule Lake in September 1943, coach Zenimura organized a best-of-three games series between the Yes-Yes and the No-No ballplayers. The Yes-Yes's won the first game 5-4; the No-No's won the second game 7-5. The Gila News Courier reported that Zenimura canceled the third game, saying: “All in all, the novel classic ended seemingly just right – being called with one win apiece.” There were no hard feelings between these two groups. They were friends who knew that they were put in an unfortunate situation, and that each family had to do what was best for them at the time.

At Tule Lake, these young ball players would cross-paths with others who would have future major league connections, like the father of sansei Don Wakamatsu, the first Asian-American manager in MLB history; and the great-grandparents of gossei Christian Yelich, the MVP outfielder with the Milwaukee Brewers. 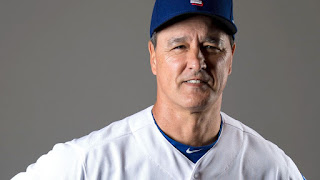 And in writing the biography of Zenimura, I interviewed many ball players from Tule Lake. I was especially touched by Mas Iriyama's story, who said, "Sadly, the same day I told my mother that I won the (1944) Tule Lake batting championship, I had to tell her that my brother’s plane was shot down over Tokyo.” When he told the story at age 90, it still brought tears to his eyes. 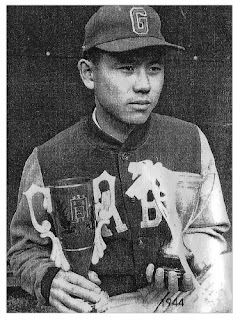 So, through my relationships with these ballplayers, I learned that the majority of those at Tule Lake were not "anti-American" or "pro-Japan" ... they were "pro-family" and "pro-love".

And so that is why I am in favor of Resolution 3, and encourage you to support it as well.

In closing, I recall the wisdom of my friend and mentor in the Arizona JACL, the late Mas Inoshita, who "advocated for harmony between all individuals, and firmly believed that bitterness over the past was detrimental to taking steps toward the future."

My hope is that a vote in favor of Resolution 3 will be a positive step toward the future for the entire JACL community.