Discovery of the Kataoka Letter: Laying the Foundation for Ruth’s ’34 Tour of Japan

According to Yoshikatsu Masaki, curator at the Hankyu Culture Foundation, a 1927 letter from Kenichi Zenimura was tucked away in a collection of photos donated by the family of Masaru Kataoka, a former executive with Daimai (Osaka Mainichi Newspaper). Kataoka was also once a member of the Nihon Undo Kyokai (Shibaura Association), Japan's first pro team, which disbanded after the 1923 Tokyo earthquake, and reorganized as the Takarazuka Athletic Club.

Located on the back of a re-print of the famous photo featuring Babe Ruth, Lou Gehrig and all-stars from the Japanese Fresno Athletic Club, was the following hand-written letter from Zenimura:


This picture was taken at Fresno when Babe Ruth and Gehrig of the New York Yankees visited us on October 29th. We played against them and made a wide reputation for our team.
Babe Ruth is interested to visit Japan and has asked me to try and line up things in Japan so that he may be able to come to Japan with our team. I wrote to the Meiji University asking them to what extent they can offer to have Babe Ruth in Japan. I believe that it will draw to have Babe Ruth in Japan.
I am sending this picture to you so that you may have this picture in your leading page. It’s my remembrance to you. Kindly extend my best wishes to all of your players. Hoping to meet you again in Japan.
I am yours truly,
K. Zenimura
Based on the contents of the letter, and what is known about Zenimura’s connections in Japan, Zenimura also sent letters to Takizo Matsumoto at Meiji University, and reporters at other newspapers. According to Masaki, Zenimura sent the photo/letter to the Daimai sports department – as indicated by the Japanese characters written with a pencil on the photo:

The photo was later included in the 1928 Sports Yearbook published by Daimai. That document is available to view online in the National Diet Library Digital Collections. See: http://dl.ndl.go.jp/info:ndljp/pid/1129396/10 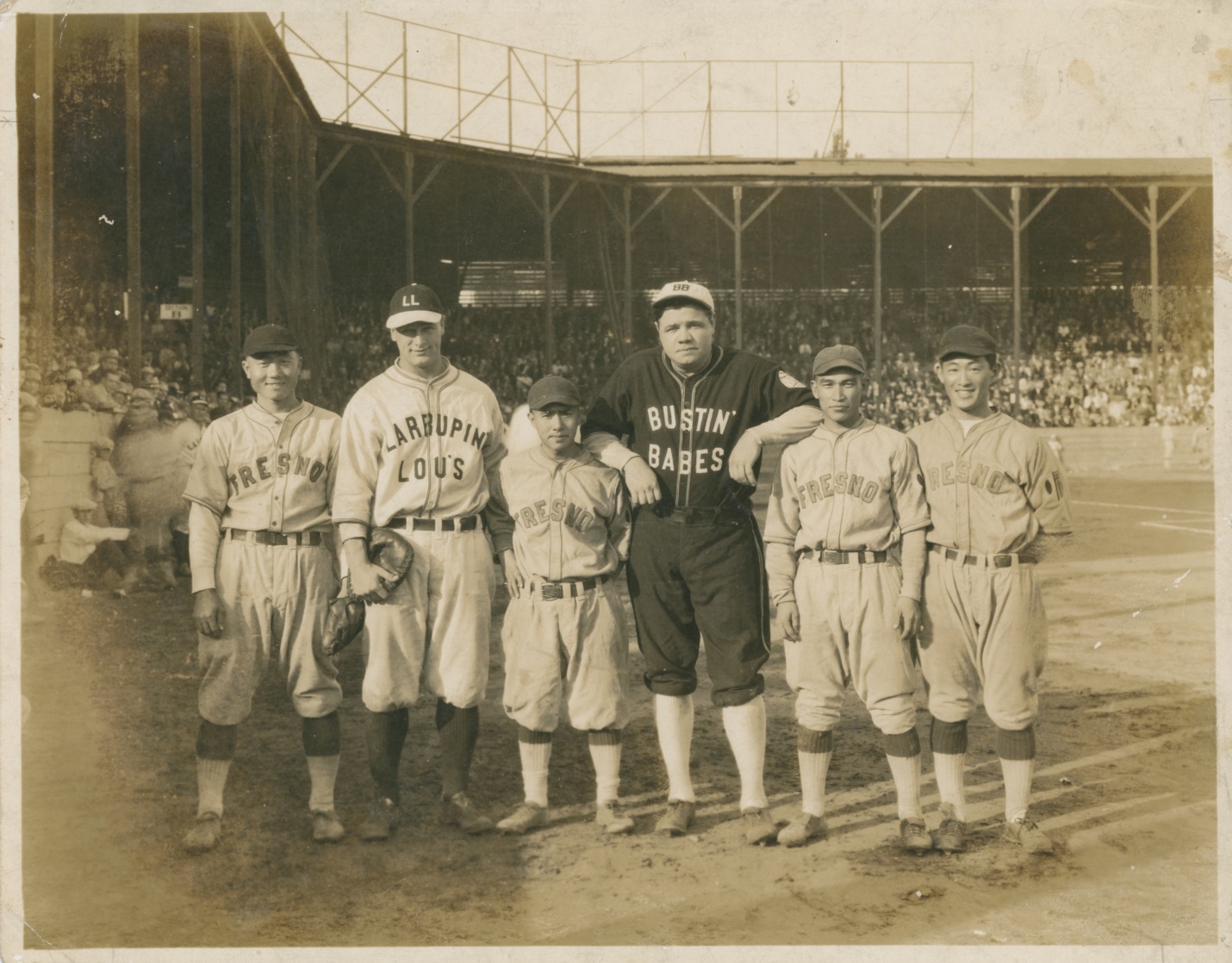 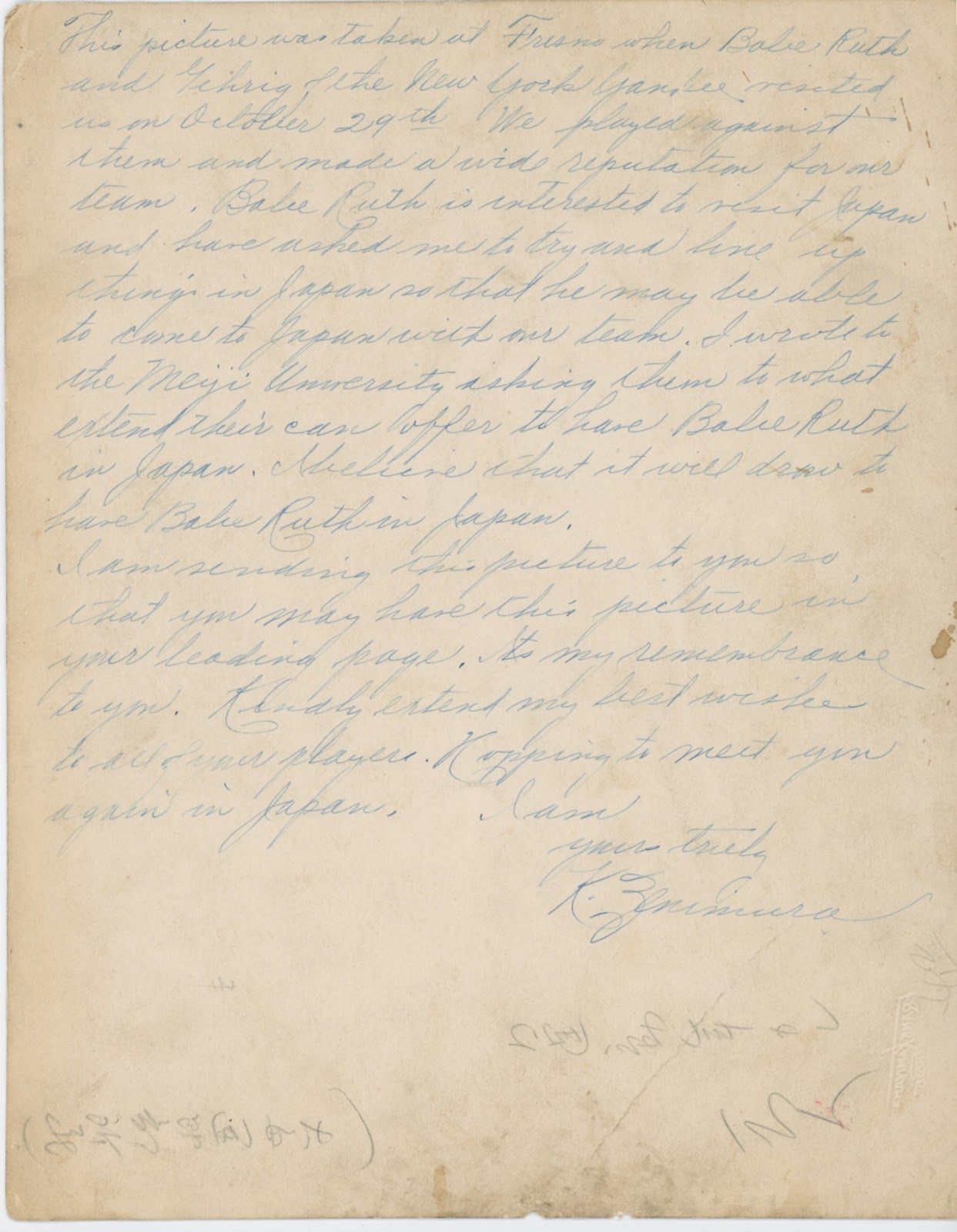