It's Spring Training so How About Some Baseball? Bill Staples Jr., award-winning baseball historian and the author of the book "Kenichi Zenimura: Japanese American Baseball Pioneer," will be signing books and meeting with baseball fans from 6:30-8 pm.

The 70th Anniversary celebration of Zenimura Field included three days of events: 1) The Oakland A's Tribute to Japanese American Baseball on March 7; 2) A presentation at the Huhugam Heritage Center at Gila River on March 8; and 3) A presentation at the Chandler Sunset Library on March 9. During the two presentations we share the news clip "Baseball Behind Barbed Wire" from KOLD TV13 (Tucson) that highlights a 1945 game that Kenichi Zenimura called "the most thrilling moment at Gila." Below is that news clip. Take some time to watch it. It is informative and inspiring.

And if you have not already, join your fellow Japanese American Baseball enthusiasts on Facebook at http://www.facebook.com/niseibaseball. ﻿
at March 15, 2013

The Oakland A's Tribute to Japanese American Baseball on March 7, 2013 -- the 70th Anniversary of Zenimura Field at Gila River, AZ -- was a success.

According to the Oakland Tribune: The A's saluted the three remaining Japanese Americans who built Zenimura Field, a baseball facility at the Gila River Internment Camp that opened 70 years ago. The camp was about 40 miles south of Phoenix, and the three -- shortstop Masao Iriyama, second baseman Kenso Zenimura and pitcher Tets Furukawa -- all threw out first pitches.

Said A's reliever Hideki Okajima, "I was honored to be here to salute what they did." Shortstop Hiroyuki Nakajima said he knew the history, and called the celebration "a very good thing."


Phoenix-based photographer George Nakamura was kind enough to create this photo-montage video of the game. The soundtrack features "The National Anthem" by Yuko Elliot and "Take Me Out to the Ball Game" by Ken Koshio.
at March 13, 2013

This spring marks the 70th anniversary of when baseball behind barbed wire officially began in Arizona with the opening of the historic ball field at Gila River designed by "The Father of Japanese American Baseball," Kenichi Zenimura. To commemorate this anniversary, the Nisei Baseball Research Project has partnered with several organizations in Phoenix, including: The Oakland A's (spring training), the Gila River Indian Community, the Japanese American Citizens League (JACL) - Arizona Chapter, the City of Chandler Library and the Chandler Historical Society. The public is invited to participate in the following events:

Event Summary | This spring training game between the Oakland A's and Seattle Mariners will honor the 70th Anniversary of Zenimura Field, marking the official start of baseball behind barbed wire at the Japanese American Internment Camp at Gila River, AZ. The game will feature a special national anthem and a first-pitch ceremony with former Gila River ballplayers Kenso Zenimura, Tets Furukawa and Masao Iriyama. The game will also feature Japanese American baseball trivia, contests and promotional giveaways. The Nisei Baseball Research Project, the non-profit founded to preserve the history of Japanese American baseball, will also offer an informational display. 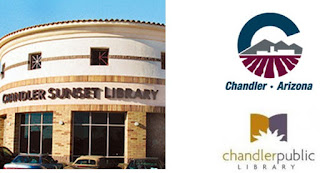 Event Summary | Chandler’s Sunset Library will host a free presentation from 10:30 a.m. to noon on March 9, 2013, that will share first-hand accounts of an important time in Arizona history that combines the topics of war, politics, race relations, and sports. “From Internment to Hope: Arizona Celebrates Japanese American Baseball” will honor the legacy of Japanese American baseball and its connection to the State's history during World War II, when more than 13,000 Japanese Americans were confined at the Gila River Internment Camp, located south of Chandler.

Baseball historian, author, and Chandler Parks Board member Bill Staples will share the story of baseball at Gila River, and he will be joined by three former ballplayers in the camp – Kenso Zenimura, Tets Furukawa, and Masao Iriyama. These pioneers will share their perspective on camp life and how the game of baseball helped break down barriers between the internees and surrounding community, and created a sense of hope for those behind the barbed wire.