Where Did Ernie Play? Mr. Cub’s Career Before Chicago 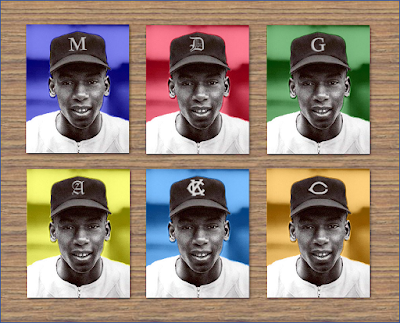 Before Opening Day, Texas Rangers’s beat reporter Levi Weaver wrote about the team honoring the Centennial of the Negro Leagues (1920-2020). At the time, the Rangers played a three-game intrasquad scrimmage series at the new Globe Life Ballpark under the names of two legendary black baseball teams in Texas – the Dallas Black Giants and the Fort Worth Wonders.

The idea was Josh Shelton’s, the Rangers’ director of team travel. He was inspired by the ‘Tip Your Cap‘ campaign for the Negro Leagues’ 100th Anniversary and stumbled across the Black Giants during an internet search. He was drawn to “the cool story about Ernie Banks playing for them when he was in high school.”

But reporter Levi Weaver had his doubts about that claim. He wrote:

“That’s the legend, anyway: that a high-school-aged Ernie Banks played for a later iteration of the Dallas Black Giants while attending Booker T. Washington High School. There’s a book that makes the claim; it’s even on Banks’ Wikipedia page: “While still in high school, Banks joined the Dallas Black Giants, a semi-pro baseball team, in 1949.” But the reference link is broken, and — given that Banks was playing for a barnstorming team out of Detroit in 1948-49 — it’s more likely that it was his dad Eddie Banks who played for the Dallas Black Giants. As late as 1947, the elder Banks was still playing for the Dallas Green Monarchs. In the end, neither outcome ruins the story. Either a Hall of Famer or a Hall of Famer’s dad played for the team.”

I assisted Weaver with the research for his article, so I must confess that some of his speculation reflects my own. But curious minds want to know, so I took a deeper research dive to answer the question, “Where exactly Did Ernie Play before he joined the Chicago Cubs in 1953?” I hit the online newspaper archives and Ancestry.com, and here’s what I discovered:

Eddie Banks (1894-1978)
Ernie’s father, Eddie Banks, was a semipro pitcher and catcher with several teams, including:

So far, I have not been able to locate an original box score documenting Eddie Banks as a pitcher or catcher with any of the above teams/cities during his prime-playing years.

That said, from my previous research on early Texas Negro Leagues baseball, I know that it was common for player nicknames to be printed in the newspapers instead of their birth names. Thus, it is possible that Eddie Banks played semipro ball under an assumed identity/nickname. At this time, we don’t really know for sure.

Note: I do know that the reference of Eddie Banks competing with the Dallas Green Monarchs in 1947 that I shared with Levi Weaver was a case of mistaken identity. Upon closer inspection, this 1947 reference is not him, but a player named Banks in the Austin area in the 1940s.

William "Bill" Blair (October 17, 1921 – April 20, 2014) was a Negro league pitcher. Blair graduated Booker T. Washington High School in Dallas and briefly attended Prairie View A&M University. He began his baseball career at the age of 16, playing for a barnstorming team in Mineola, Texas, and went on to join the United States Army, where he became the youngest African American to serve as a first sergeant in the Army during World War II. He pitched from 1946 to 1951, for teams including the Indianapolis Clowns, Cincinnati Crescents, and was a player-manager for the Dallas Black Giants. He played against players such as Cool Papa Bell, Satchel Paige, and Hilton Smith. After retiring from baseball, he became a fixture in the community, running a local newspaper, the Elite News, and organizing golf tournaments and parades. He died in Campbell, Texas in 2014.

Here’s a more detailed (and most likely incomplete) list of the Blair’s teams:

●       1948-1951 -- It’s reported that Blair pitched a no-hitter in Denver’s Mile High Stadium. That ballpark opened in 1948 as Bears Stadium, and Blair says his final year in baseball was 1951. A record of his no-hitter has not been located yet, but I am listing it here as a lead for other baseball historians to pursue.) 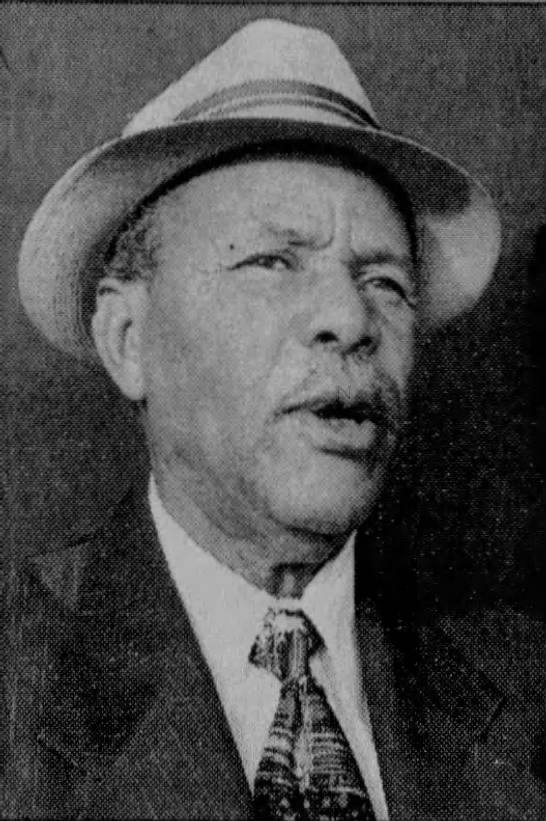 In the baseball lore of how Banks came to join the KC Monarchs is a game in which James “Cool Papa” Bell was impressed with the young shortstop after watching him in action on the field. In May 1949, the Monarchs defeated the Colts, 6 to 5, in Lubbock, Texas.

This game would be the final time the two clubs battled that season, making it the last opportunity for Bell to have witnessed Banks play on a diamond. Despite this legendary tale involving “Cool Papa”, Banks is not mentioned in any of the pre- or post-game series reports.

The Monarchs defeated the Colts, 7 to 4 a week earlier at Oiler Park, Odessa, TX. None of the former Dallas Black Giants -- Banks, Foot Parker, Curtis Searcy -- were mentioned in this post-game recap either, suggesting that the match-up in Lubbock is the first time for Banks and his teammates to join the Amarillo Colts and compete against the Monarchs.

And finally, it is a common misperception that Buck O’Neil signed Ernie Banks (to both the Monarchs and the Cubs). It was not Buck. Instead, that credit goes to William “Dizzy” Dismukes, a former Negro Leagues pitcher who served as a scout for the Monarchs in the early 1950s. See details below:

Banks confirms that is was indeed Dizzy Dismukes who signed him, when he completing his Professional Baseball Weiss Questionnaire in 1953.