Thank you to the Valley Unitarian Universalist (VUU) community for allowing me to recognize the Day of Remembrance with them today during their Global Issues luncheon. Over 30 members of the VUU and surrounding community attended to hear me deliver the following presention:

Day of Remembrance 2012: Commemorating the 70th Anniversary of Japanese American Internment in Arizona 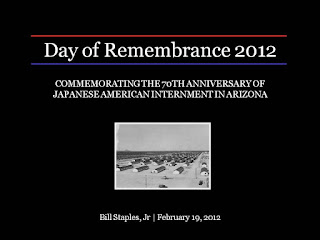 Summary: Join Chandler resident and baseball historian Bill Staples on Feb 19, the Day of Remembrance (DOR) that marks the signing of Executive Order 9066 by President Franklin Roosevelt in 1942 that sent over 120,000 personal of Japanese Ancestry to incarceration camps, including over 30,000 to Arizona during World War II.

Staples, a board member of the Nisei Baseball Research Project and author of "Kenichi Zenimura, Japanese American Baseball Pioneer" (McFarland, 2011), invites you to join him on this Day of Remembrance to reflect on lessons learned from WWII Japanese American internment. The discussion will touch on themes of civil rights, race relations, Buddhism, the post-9/11 world and, of course, the great game of baseball. 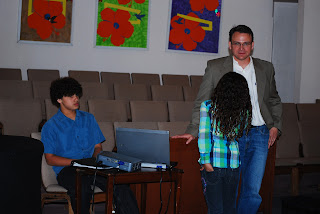 Special thanks to my "roadies" (aka the family) for helping with the presentation. 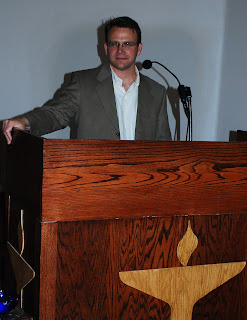 "I don't care for organized religion -- which is why I'm a fan of the UU church." Joking aside, it was nice to be back in a familiar environment. Really enjoyed my time in the pulpit.
Baseball trivia: Did you know that in 1998 (wow, 14 years ago) I founded what is possibly the first and only softball team in VUU history? In honor of our Buddhist UU minister at the time (James I. Ford) we named the team "The Dharma Bums." Smart group of guys. We had several PhDs, guys with Masters degrees, a lawyer, engineer ... we could have written a great thesis ... but finished the season with a perfect 0-8 record. ;-)
at February 19, 2012
Newer Posts Older Posts Home
Subscribe to: Posts (Atom)