MLB Can Do Better: A Case for Renaming the Cy Young Award

“They (the Japs) are like the Cubans – too small to be big players ... That's the trouble with all foreigners.
Base ball will always be an American game."
– Cy Young, The Sporting Life, February 12, 1910 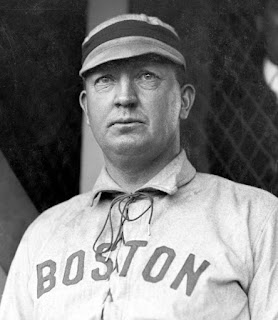 In October 2020, Mike Schmidt, three-time NL MVP Award winner, said, “If you’re looking to expose individuals in baseball’s history who promoted racism by continuing to close baseball’s doors to men of color, Kennesaw Landis would be a candidate.”

The Hall of Fame third baseman shared his views when the Baseball Writers’ Association of America (BBWAA) voted to remove former MLB Commissioner Kennesaw Mountain Landis’ name from the plaques given to the American and National League MVP Awards.

Landis’ namesake was called into question that same year when former NL MVP Award winners Barry Larkin, Terry Pendleton, and Schmidt told the Associated Press that they would be in favor of removing the name of MLB’s first commissioner from the plaques.

According to MLB historian John Thorn, Landis’ legacy includes a long history of “documented racism.” The Major Leagues remained segregated during his tenure as commissioner (1920 to 1944), and three weeks after his death on November 25, 1944, the BBWAA voted to add his name to the MVP plaques.

With the Landis precedent firmly established, more evidence of “documented racism” from baseball’s past has surfaced again, this time associated with Hall of Fame pitcher Cy Young. And with it, we now have to ask an uncomfortable, yet necessary, question: What are the implications for MLB and the future of the Cy Young Award?

BIRTH OF THE CY YOUNG AWARD

Hall of Fame pitcher Denton True (Cy) Young died on November 4, 1955. Similar to the Landis-MVP award naming timeline, roughly a month after his death discussions about a “Cy Young Memorial Award” for the league’s top pitcher surfaced in the press. MLB Commissioner Ford Frick advocated strongly for the new award, but for less sentimental reasons. Frick was disappointed in how pitcher Robin Roberts fared in the 1955 NL MVP award voting. Roberts, who compiled a 23-14 record that season, finished fifth in the MVP voting (behind Roy Campanella, Duke Snider, Ernie Banks, and Willie Mays). Frick and others believed a new award was needed to recognize the league’s top pitchers. So, with the death of the games’ winningest pitcher fresh on the minds of MLB leaders, the Cy Young Award was established in February 1956.

After the 1909 season, Cy Young traveled west to visit his brother Anthony Otto Young, a fruit farmer in Oregon. His travel required stops in Los Angeles, San Francisco, and Portland. Along the way, Cy took in some local baseball games and spoke to reporters. The anti-Asian sentiment was on the rise on the West Coast and it appears that Cy felt comfortable sharing his xenophobic views with reporters when asked about the visiting Keio University team from Japan. The comments in question begin in the middle of the article with: "I saw a Jap ball team the other day ..." 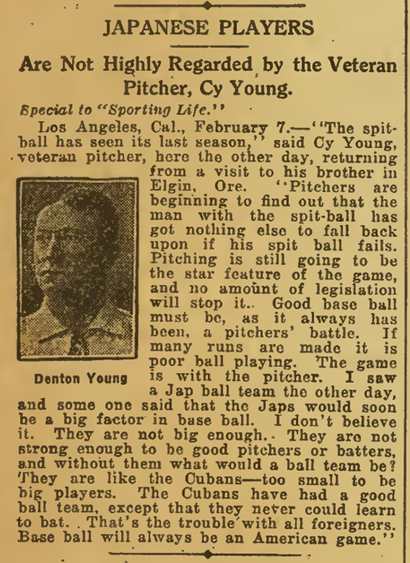 Additional thoughts that Cy shared during his trip were captured in an article published across the nation a few days later.

Before anyone attempts to explain away Cy Young's views as commonplace for the times in which he lived, THEY WERE NOT common across the entire U.S. population. They were, however, commonplace on the West Coast, as the article above states that the "native sons" of California at the time were "not exactly fond of the little brown fellows." This lack of fondness (aka bigotry) would later result in laws prohibiting immigration from certain Asian countries, prohibiting those already here from owning land and becoming U.S. citizens, and the eventual mass incarcerations of approximately 120,000 people of Japanese Ancestry during WWII. From the Asian American perspective, the three states of California, Oregon, and Washington were the "Jim Crow West."

That said, some Major League players who had traveled to both Japan and Cuba during this same time period indeed held world views that were more progressive and inclusive than Cy Young's. 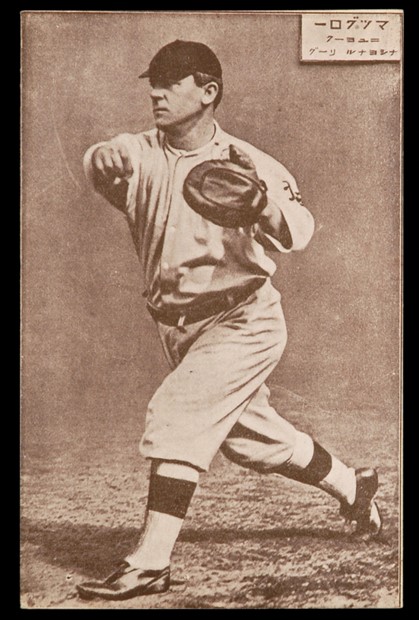 “I believe that with proper coaching they (Japanese players) could be turned into good hitters … Mark my prediction. Some star ball players will come out of Japan within the next ten years.” - John McGraw, 1914

Source: AROUND THE WORLD WITH THE GIANTS, Manager McGraw Tells of the Ball Players’ Short Visit to Japan, by John McGraw, The New York Times, Jan 4, 1914, 27.
https://www.newspapers.com/clip/92238454/star-ball-players-from-japan-in-10/

"THE BASEBALL DOESN'T KNOW WHAT SIZE YOU ARE"

It’s also worth noting that many American-born major leaguers were roughly the same size as some ballplayers in Asia and Latin America at the time. A few of those players include Hall of Famers: 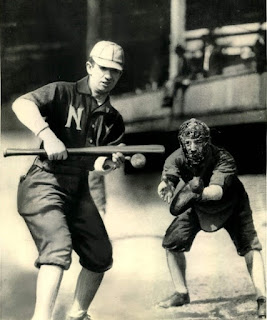 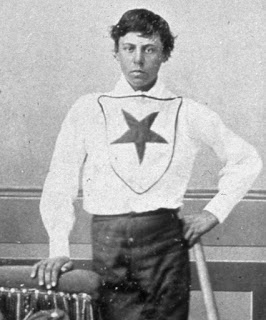 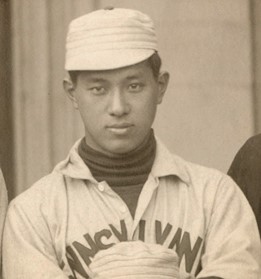 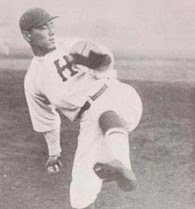 I find many comments from the 1910 Cy Young interview to be problematic, but one, in particular, does not sit well with me because of the uncomfortable similarities between the views of this Hall of Fame pitcher and that of Al Campanis from 1987. Compare:

1987 - Al Campanis: "They may not have some of the 'necessities' to be a field manager or a general manager ... how many pitchers do you have that are black?"

In that historic interview with Campanis, Ted Koppel responded, "That really sounds like garbage." In reading the views shared by Cy Young, I would quote Koppel.

And that is not just me speaking from the perspective of 2022, there were players in 1912 who would agree.

Contrary to Cy Young’s sweeping generalization about Cuban pitchers, future Hall of Famer Jose Mendez was no stranger to “the art of working the batter." Mendez was, and is, considered among the best pitchers in all of baseball. Below is the perspective shared by Larry Doyle of the NY Giants, who faced Mendez during a trip to Cuba in 1912. 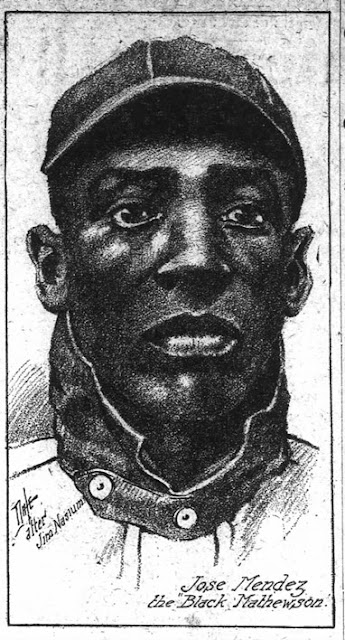 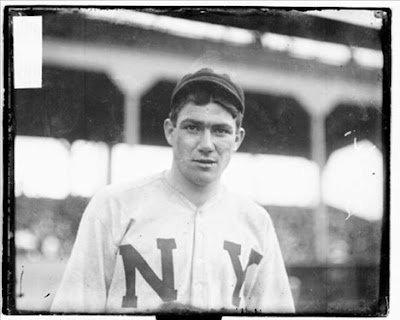 “Mendez surely deserves the name “Black Matty.” I think Christy (Mathewson) is the king of all pitchers in America and surely Mendez occupies a like position in Cuba. I’m not sure that Mendez wouldn’t create a terrible stir in the big leagues, were it not for his color. He has wonderful speed, a tantalizing slow ball and perfect control. I’ve never seen a pitcher with better control. He can mix ‘em up so that you wish you were at home with your mother about the fifth inning.”

Branch Rickey once said, “It (a baseball box score) doesn't tell how big you are, what church you attend, what color you are, or how your father voted in the last election. It just tells what kind of baseball player you were on that particular day.” The legacy of open-minded, good-hearted people like Branch Rickey, John McGraw, and Larry Doyle align with the stated values of MLB today. The views of Cy Young do not.

As a reminder, below are the Mission, Vision, and Pillars of the MLB Diversity, Equity & Inclusion (DEI) initiative: 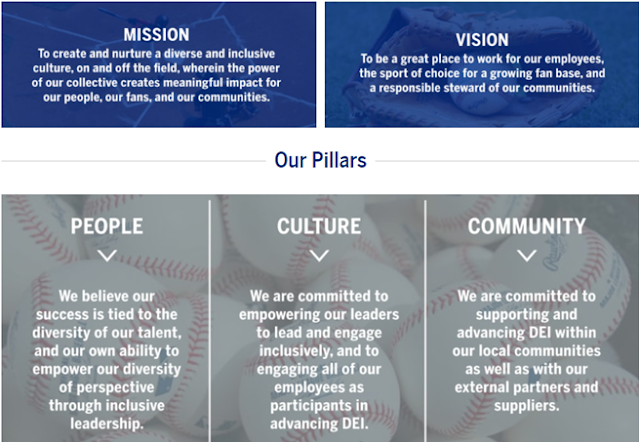 MLB is proud of its international appeal, both off and on the field. On opening day 2021, MLB celebrated that it was “A Global Game,” reporting that 28.3% of players represented 20 countries and territories outside the United States. 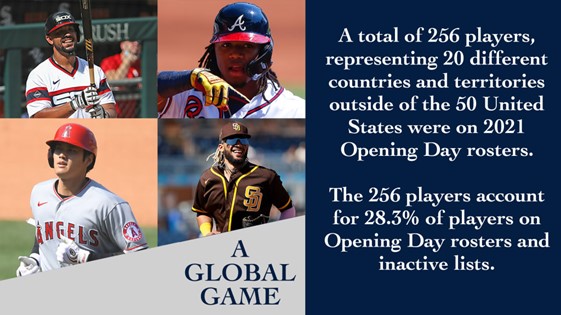 And by the end of the 2021 season, Japanese sensation, two-way star, Shohei Ohtani won the AL MVP Award. Ohtani's presence – coupled with the previous record-setting play of Ichiro Suzuki (MLB record for most hits in a season), Hideo Nomo (pitched no-hitters in both the AL & NL), and Hideki Matsui (2009 World Series MVP) – shines a spotlight on the enormous level of ignorance contained in Cy Young’s 1910 statement: “That's the trouble with all foreigners. Base ball will always be an American game." 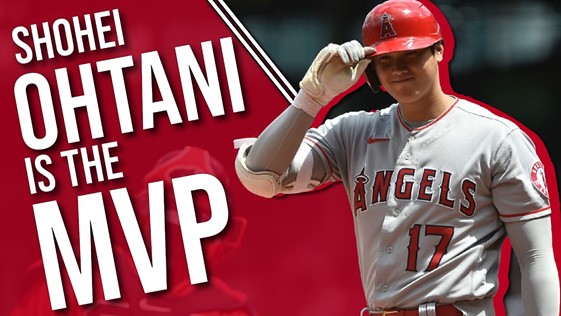 Honorable Mention: Given Young's comments about Asian pitchers, it's worth noting the only Cy Young Award Winner of Asian Ancestry:

How Other Asian pitchers fared in Cy Young Award voting: 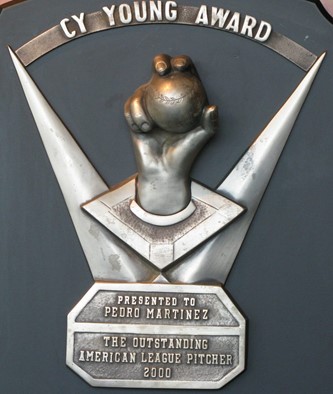 A precedent has been set by removing Judge Landis from the MVP Award.

The evidence of “documented racism” associated with Hall of Fame pitcher Cy Young is undeniable.

The passage of time has turned Cy Young into a relic, a symbol of the bigoted attitudes that should remain in America's and baseball's past.

Knowing what we know today, will players of color, born inside or outside the U.S., still consider it an honor to receive an award tainted with his name?

Is it hypocritical for MLB to continue to celebrate Cy Young even though what he represents does not  align with the values reflected in their mission – "to create and nurture a diverse and inclusive culture, on and off the field?"

Will MLB continue to associate its annual award for the top pitchers with a known racist, xenophobe, and white supremacist?

I think MLB can do better.