Every Baseball Era Deserves an Asterisk, Not Just the Steroid Era 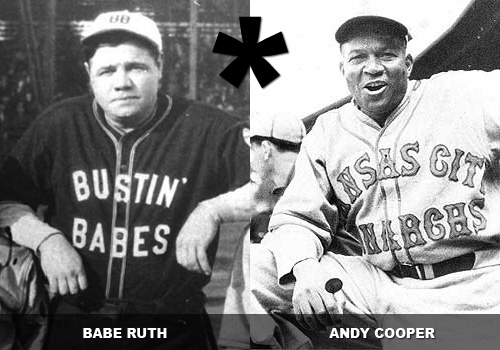 Baseball's 2013 Hall of Fame Ballot was released today, and with much controversy.  Personally, I think every era of baseball deserves an asterisk, not just the steroid era.

The way I see it, the career numbers of Babe Ruth and his peers were "artificially enhanced" because they never faced the most talented pitchers of the Negro Leagues (Bullet Rogan, Dick Redding, Andy Cooper, etc.). Racism and the "color line" kept African-Americans out of MLB until 1947.

I used to think that the game experienced its purest period circa 1950 to 1980, but now that I know more about Asian baseball history, my position has changed.

Unfortunately, I now think that the career numbers Hank Aaron (one of my favorites) and his peers were also "artificially enhanced" because they never faced the most talented pitchers from Japan (Masaichi Kaneda, Kazuhisa Inao, Takehiko Bessho, etc.). Post-WWII hysteria and xenophobia (perhaps from both sides of the Pacific) kept Japanese stars out of MLB until (technically 1964, but in reality) 1995 (with Hideo Nomo). That same post-WWII hysteria forced Japanese-Americans (born in the U.S.) to play professionally in Japan during the 1950s and 60s.

(On a related note, I can envision a day 50 to 100 years from now when future baseball fans will look back at the impact of the "former" U.S. embargo against Cuba and lament over the great Cuban players (known and unknown) who never got a chance put on a major league uniform.)

Baseball is a reflection of American society, and the "asterisks" of each generation reinforce this fact.

From caffeine to Viagra to Enron-esque accounting practices, late-20th century America was all about performance enhancement. So was baseball (and the executives who ran the game).

The underlying issue in today’s Hall of Fame ballot controversy is not that the star players of the late 20th century took steroids; the real challenge is that we (as fans, sports writers, historians, etc.) insist on comparing the modern game to past eras that we falsely believe to be "innocent and pure". They weren't.