The 2020 Summer Olympics in Tokyo, Japan were scheduled to begin on July 24. As we all know, that did not happen due to the COVID-19 pandemic.

So, to get my Tokyo Olympic fix, I turned to The Criterion Channel to watch “Tokyo Olympiad,” a documentary about the 1964 summer games.

Released in 1965 by Japanese filmmaker Kon Ichikawa, it is described as “one of the greatest films ever made about sports.” 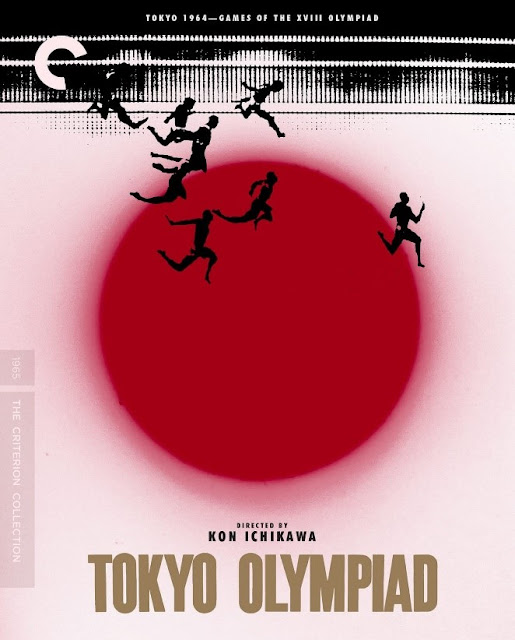 A spectacle of magnificent proportions and remarkable intimacy, Kon Ichikawa’s Tokyo Olympiad remains one of the greatest films ever made about sports. Supervising a vast team of technicians using scores of cameras, Ichikawa captured the 1964 Summer Games in Tokyo in glorious widescreen images, using cutting-edge telephoto lenses and exquisite slow motion to create lyrical, idiosyncratic poetry from the athletic drama surging all around him. Drawn equally to the psychology of losers and winners—including the legendary Ethiopian marathoner Abebe Bikila, who receives the film’s most exalted tribute—Ichikawa captures the triumph, passion, and suffering of competition with a singular humanistic vision, and in doing so effected a transformative influence on the art of documentary filmmaking.

The run time for the film is long at 2 hours and 50 minutes, so I watched about an hour a day over a three-day period. If you appreciate the Olympic games, sports history, or just Japanese culture in general, you will enjoy this film.

Despite the fact that baseball was included as a exhibition sport in the 1964 games, there is no footage of their play in the film. However, as a baseball historian, I could not help but notice two noteworthy baseball-related moments with connections to two of the game’s greatest home run hitters.


The filmmakers occasionally included shots of the crowd taking in the games, and at one point the camera captures two Japanese baseball stars of the Yomiuri Giants -- Sadaharu Oh and Shigeo Nagashima. This rare footage of 24-year old Oh occurred just a few weeks after the end of the 1964 season when he set the single-season record for home runs (55) in Japanese Baseball.

And for those who don’t know, Oh and Nagashima are recognized as one of the all-time great 3-4 hitters in baseball, comparable to Ruth-Gehrig, Maris-Mantle, and Mays-McCovey. In fact, their combined nickname was “The O-N Cannon”.

So, knowing that Oh and Nagashima are in the crowd watching the games, the appearance of one noteworthy American athlete makes for some interesting home run synergy.

Representing the U.S. in the Women's 80-meter hurdles was Rosie Bonds -- the sister of MLB star Bobby Bonds and the aunt of Barry Bonds, MLB home run king.

Despite her first-place finish in the qualifying rounds with a time of 10.6 seconds, Bonds hit a hurdle in the final race and finished 8th with a time of 10.8 seconds. For the record, it was reported that shortly before the race, someone stole her spikes and she had to compete in borrowed shoes.

If interested to watch her run, a clip of the Women’s80-meter hurdles is available online with the “Tokyo Olympiad” promotional page on The Criterion Channel (scroll to the bottom until you see the opening scene below).

Not baseball related, but it is an inspiring human-interest story that appeals to anyone, regardless of their sports preference.

Billy Mills is a Native American (Oglala Lakota) track and field athlete who ran the 10,000 meters at the 1964 Tokyo Olympics. He was unknown going into the event and surprised the world by winning the gold. His 1964 victory is considered one of the greatest upsets in Olympic history.

I recommend that you watch Mill’s TED Talk from 2018. He uses his story of overcoming the odds at the 1964 Olympics in Tokyo and his experiences with his non-profit organization, Running Strong, to illuminate lessons about our personal, national, and international history.

If you can’t watch the whole thing, jump in at the 7:56 mark to hear him talk about how he overcame depression, set a goal for himself in running, and his description of the vision that came to him in the final stretch of the 10,000 meter run in 1964.

In 2013 he was awarded the Presidential Citizens Medal by Barack Obama, reinforcing the fact that Mill’s is both an American icon and inspiration to all human beings.