CHANDLER, AZ (April 17, 2014) The Lightning Bolts shut the door early on the Orange Crush, capturing a 16-1 victory on Thursday at Folley Park. 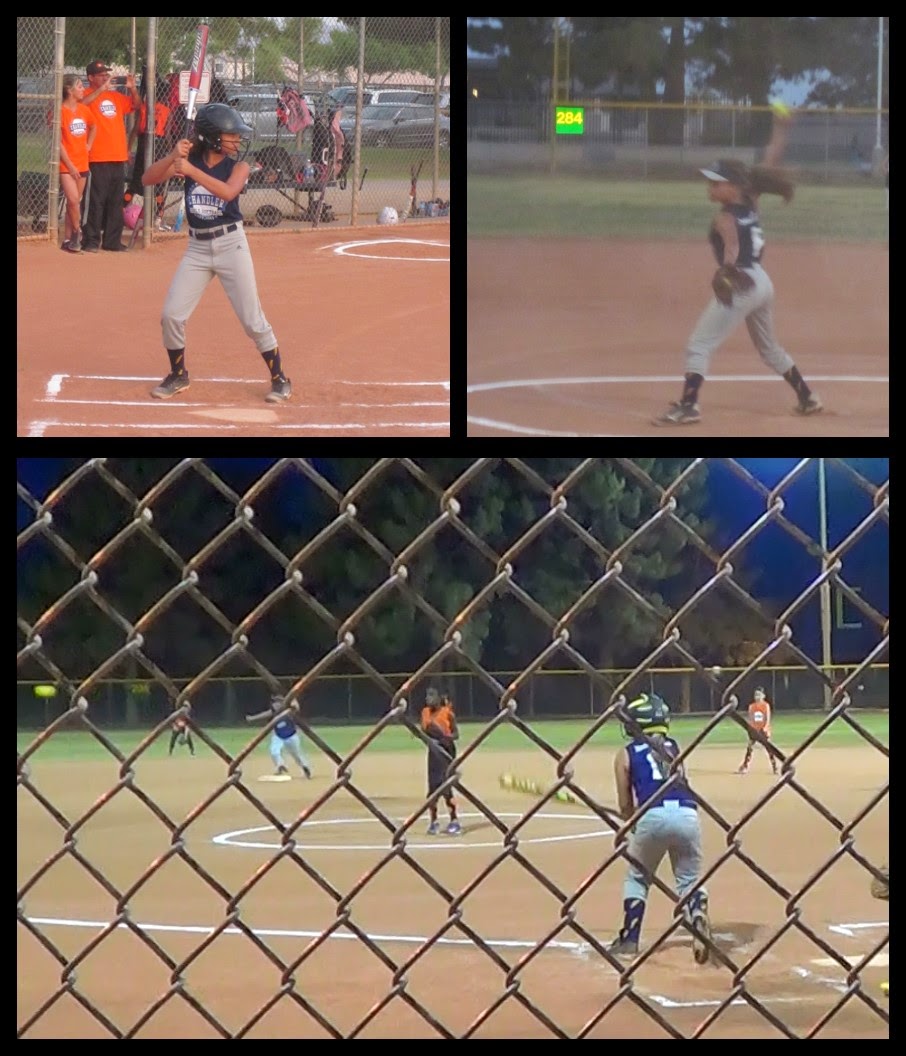 Six runs in the first three innings allowed the Lightning Bolts to put the game away early.

An RBI single by Alison, walks by Bella and Leah, a fielder's choice, and a walk by Tricia during the first inning and an RBI single by Alison in the second inning fueled the Lightning Bolts' offense early.
Kyndra racked up four RBIs on two hits for the Lightning Bolts. She singled in the second inning and homered in the fifth inning.

The Lightning Bolts got the win thanks in large part to Alison's dominant, 15-strikeout performance. Alison allowed no earned runs on three hits and no walks over five innings.

The Orange Crush starting pitcher lasted just two-thirds of an inning, walked seven, struck out one, and allowed five runs.

The Lightning Bolts built upon their lead with five runs in the fifth. A clutch error scored Lily to open the scoring in the frame. That was followed up by Kyndra's blast, scoring Tricia, Sage and Jaila.