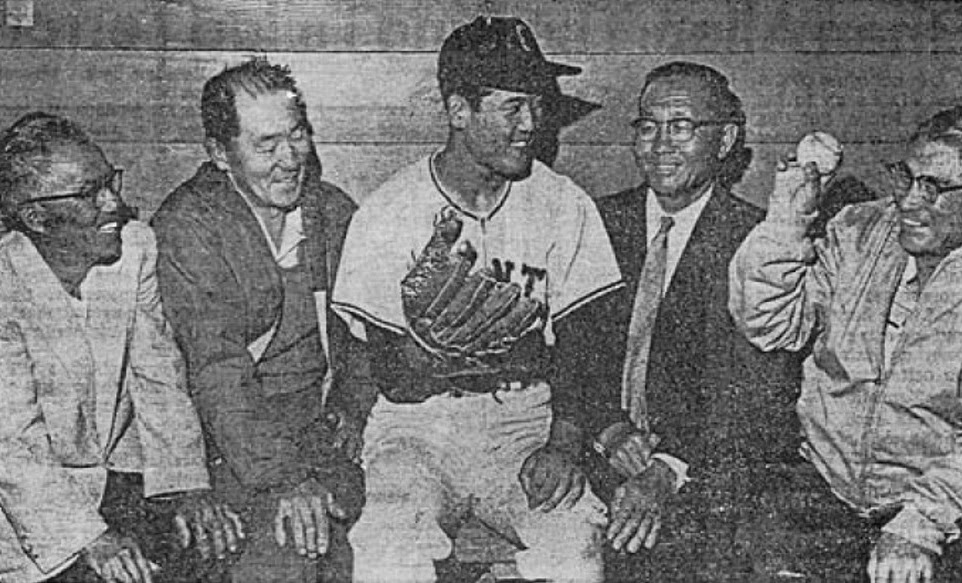 The article below details how Giants owner Horace Stoneham and Nikkei (Japanese American) baseball pioneer Cappy Harada negotiated the deal that brought the players to the U.S. It also highlights some of the frustrations both the players and the organization experienced with the new cross-cultural situation. 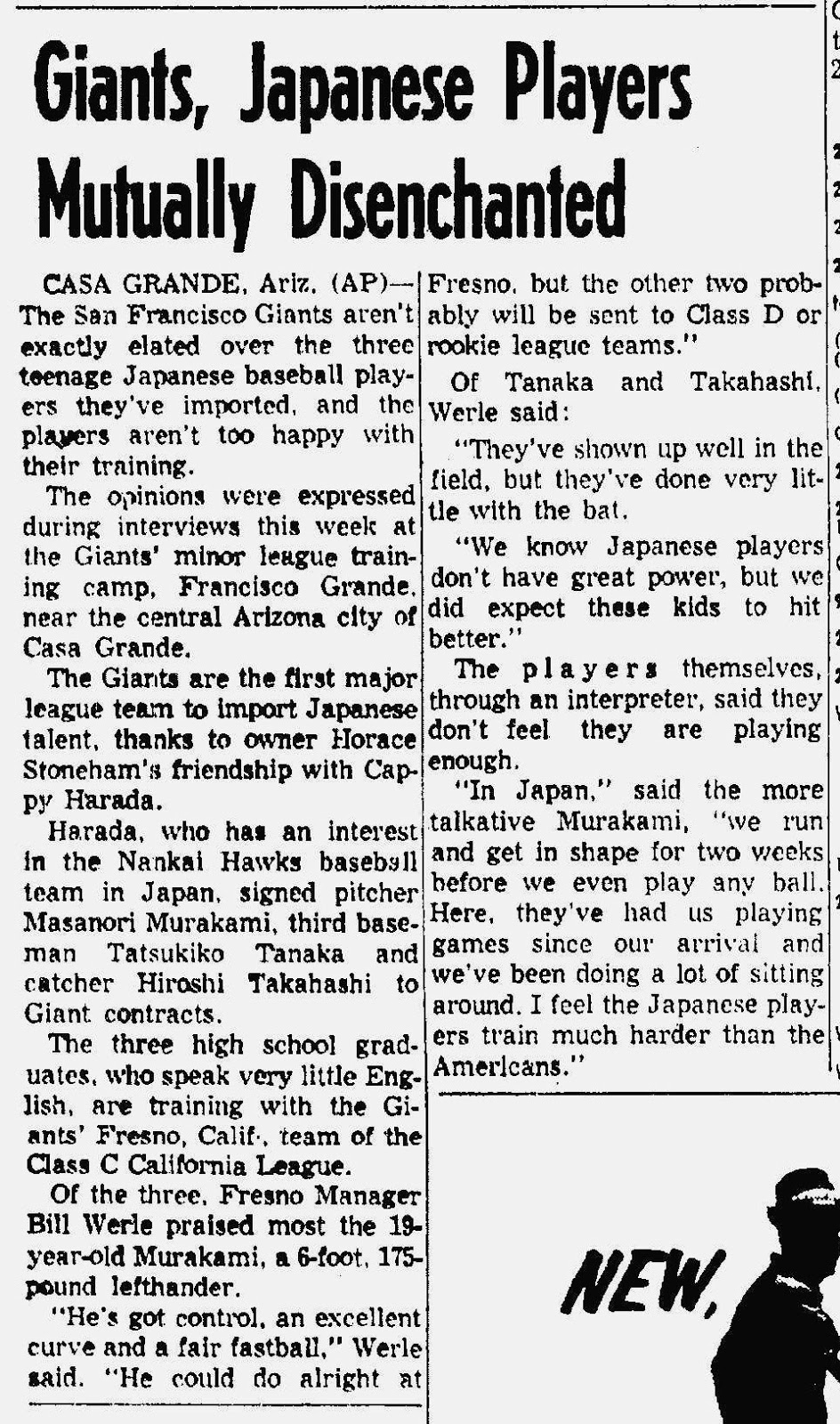 Murakami's milestone is significant because it marks the start of his journey towards MLB history. Roughly six months later he took the mound at Shea Stadium on Sept 1, 1964, to become the first Japanese player to reach the Major Leagues.

Arizona SABR Chapter president Rodney Johnson does a wonderful job detailing Murakami’s journey from the Cactus League to the majors in the latest issue of the SABR Asian Baseball Research Committee Spring Issue. Check it out.

Instead of recounting Murakami’s journey to MLB history, I’d like to use the 50th anniversary to start a series of blog entries that explore the factors that kept players of Japanese ancestry out of organized ball. I call this baseball’s “other color line.” I want to examine the complex reasons why it existed and also highlight players who attempted to cross it long before Murakami in 1964.

Between now and the September 1, 2014 – the 50th anniversary of Murakami’s first big league game – my blog will cover these milestone events that occurred before “Massy” crossed the “other color line.” They include, but are not limited to:


In closing, I will end with a quote from another Murakami, Nikkei ballplayer John Murakami (1919-2005), who observed first-hand baseball’s “other color line” as a member of the Portland Mikados during the 1930s-40s.

“When scouts came to watch a tournament game, they critiqued the players afterward, giving white players tips like throw farther, run faster and hit better. But when they came to me, they said, ‘You might as well forget it. Your people are never going to play professional baseball.’ That really took the wind out of my sails.” -- John Murakami, Portland Mikados 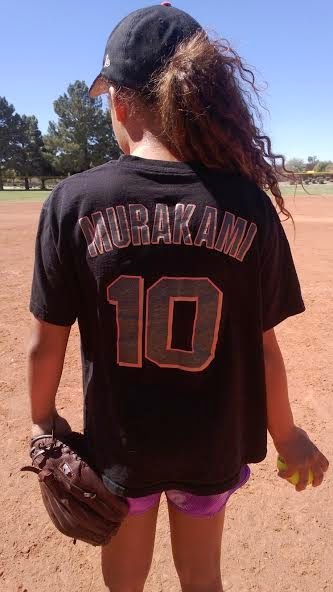