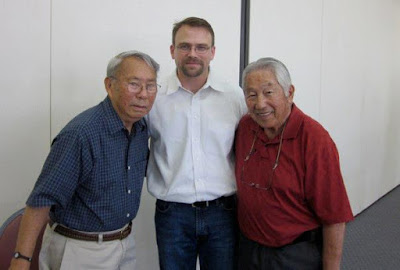 “(Coach) Zenimura was a constant student of the game. He always looked for the little details. He would beat you with speed, bunt, double steal. It was a very fast and aggressive style of baseball. He was the best at teaching those principles. His sons were already stars with the Hiroshima Carp, so I went to join them soon after. The reason I was able to go to Japan and have a great career was because of Mr. Zenimura’s faith in me.” - Satoshi "Fibber" Hirayama
at November 19, 2011
Newer Post Older Post Home